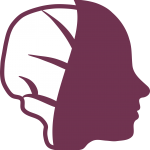 The Medical Image Computing Group at the University of Bremen is a research group in the Department of Mathematics and Computer Science (FB3).

The fast development of structural, functional, and metabolic imaging of the human body impacts diagnosis and treatment in medicine. The increasing raw amounts of data and their increasing complexity, opens the doors for novel approaches for analysis and knowledge extraction. Such novel approaches often incorporate non-imaging data such as genomics, laboratory tests, or measurements from wearable devices. Many of the more complex data require significant processing before they become useful for decision making. Whether planning an operation or comparing populations in neuroscience, medical computing provides a critical foundation for medical research and patient care. The tools and methods used in medical computing are based on concepts from the fields of computer science and mathematics. The core technologies that are used include signal processing, image segmentation and registration, visualization, and biomedical modeling. Statistical approaches and machine learning have always played a role, but more recently, we have seen an increasing impact through the introduction of deep convolutional networks for many tasks. In the end, the goal of medical computing is the extraction of information and, ultimately, medical knowledge from complex raw data.

Segmentation denotes the delineation of objects in images (which can be 2d, volumetric, or even include a time dimension). Such objects could be organs or bones, but also lesions such as tumors, implants, or the detection of instruments visible during surgery.

Registration means to bring two image data sets into a common coordinate system, or in other words, to find spatial correspondences between two images. Often, these two images are from the same patient, but from different timepoints (e.g., before and after treatment) or imaging modalities.

Biomedical modeling is important in many situations in which predictions have to be made, for instance when planning surgeries or minimally invasive interventions. Furthermore, in real-time scenarios (such as in the OR), when only limited measurements are available, they often need to be “filled in” through modeling and simulation.

Activities of the MIC Group

The group is involved in research and education. Our MIC research concentrates on traditional MIC topics such as segmentation, registration and modeling, “user in the loop” algorithms,  and on interventional technologies. The research is highly interdisciplinary by its nature: scientists, engineers, and end users work closely together. Interactive segmentation and its use in biomedicine is one of focus areas as are intrao-perative technologies (see IOI website). Our teaching portfolio features a block course in “Anatomy for engineers,” offered twice a year. Additional topics are being added.